In our article series “Facts,” we’ll be talking with members of the coffee shop ecosystem that inspire us: bakers, coffee culturistas, entrepreneurs, and everyone else working to build a community through coffee shops. We want to get to know all these folks, and we want you to, too.

Today’s subject is Dank founder Caitlin Makary, whose vegan banana bread is the delicious kernel around which the company was built. But Dank is about so much more than banana bread.

“Over the last 4.5 years, Dank has been growing an amazing community in NYC,” Makary says. The Bushwick-based Dank is fighting the good fight against gentrification’s negative effects, creating and sustaining relationships with local tenants unions and are working with community leaders and other local business owners: “Our mission is to help people and improve our communities; everything we do is geared around that goal.“

We caught up with the unquenchable Makary to see what “everything we do” really means..

What is Dank best known for and why?

Our most well known product is our delicious vegan banana bread [Dank], but our name conjures up different imagery for different facets of our New York family.

For some it reminds them of climbing; I myself am a climber and since the beginning we have supported climbing organizations like Adaptive Climb Group, ParaCliffHangers, and Young Women Who Crush. (This week we have a mentor session in the Bronx with YWWC and a climbing day upstate with the Para climbers!)

For some, it's cycling; Dank has also been a sponsor of Formula Femme and Avery Gilbert, and over the last 6 weeks have been getting involved with the Street Riders NYC rides. We work with incredible shops like Sun + Air, who have been essential to keeping New Yorkers safely moving (and sane) during the shut downs.

For some it's community work; in April we were able to raise $5000 in donations to have Dank sent to over 25 hospitals around NYC. When all of our stores closed we were able to reclaim perishables and get them redistributed to food banks and families in need around the city. We participated in a raffle with our local business colleagues for BLM, which raised over $20,000.

What's the first thing you ever baked?

I am not a baker. Dank is actually the only thing I know how to bake; and I only made that as a snack to bring on climbing trips. I went to art school (you can see us featured in the Spring Prattfolio, pg 46) and worked in the clothing industry for almost 10 years. I learned how to bake as I started my company (leaning heavily on my sister and her husband as my mentors; they are industry veterans and recently opened The Acre); I didn't even know that people used scales to weigh ingredients or how to use a mixer.

That being said; the first thing I can remember baking was some cookies with my cousin when I was probably 10. I lived in an extremely rural part of western PA, which is only significant because the closest grocery store was 30 miles away. We found a recipe, but didn't have most of the right ingredients, so we made some substitutions. No butter? We used Crisco.  No regular sugar? Sub powdered sugar. No vanilla or chocolate chips? Just leave those out. We formed the cookie dough balls and baked them. When we took it out of the the oven, it had all melted into one flat Crisco flour sugar slab and, as you can imagine, tasted horrible.

Incidentally, randomly making substitutions and leaving out what I didn't have on hand is how Dank was created; I started with a vegan recipe but never had everything at the house and rarely even measured any of the ingredients. Over time, it morphed into what Dank is now!

What new product are you working on that no one knows about yet?

A couple people know about this, but our new Lemon Matcha bread! I'm hoping it will be ready at the end of the summer; we need to do some scaling up testing still and have had other fires to put out. We were finalizing the recipe right before COVID and it ended up on the backburner. We launched our Pumpkin Bread last October as a seasonal item, but have kept it on the menu since people kept requesting it! All of our breads are vegan and produced in a Pareve Kosher facility.

Coffee industry articles, insights and overall cool stuff for your inbox
Thank you for signing up 😊
Oops! Something went wrong while submitting the form. 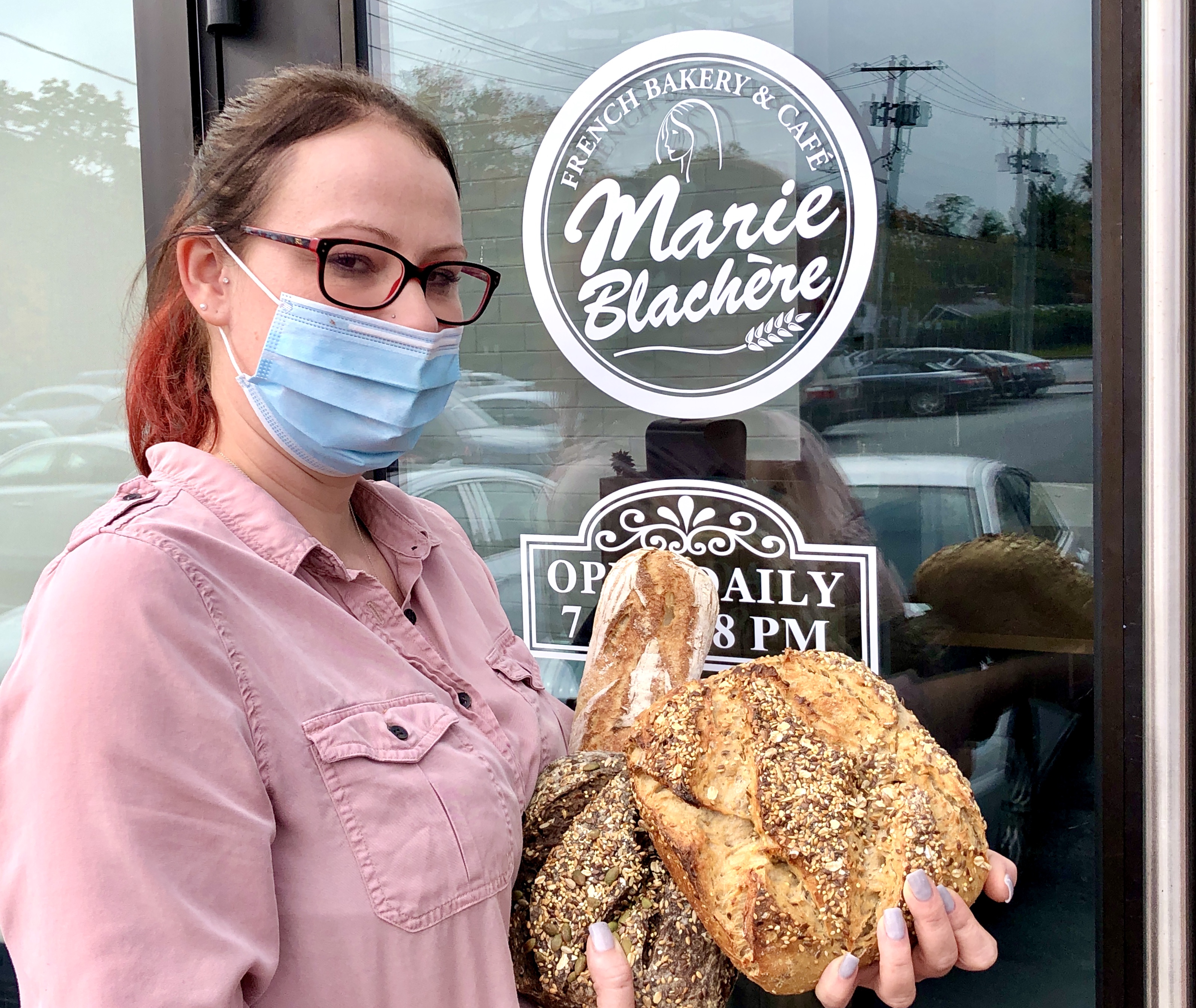 Marie Blachère Gives You the Carbs You Need

A croissant for plant-based eaters? Famed French bakery Marie Blachère is working on it! 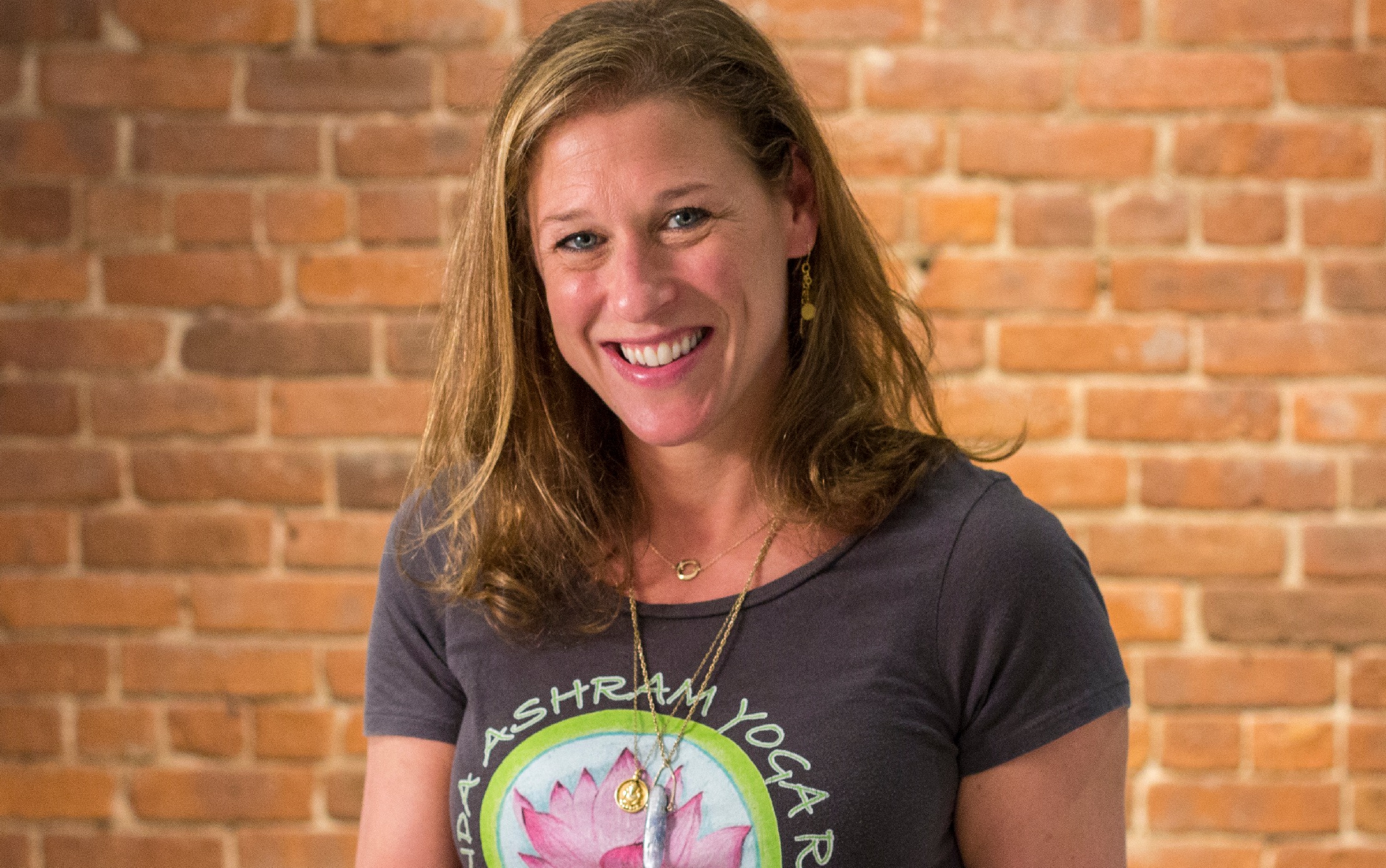 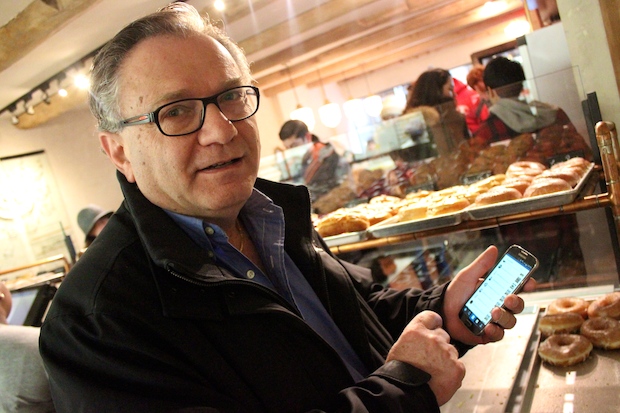 Dough Doughnuts is on the Rise

What makes Dough Doughnuts so extra-specially scrumptious? Steven Klein gives us the scoop.